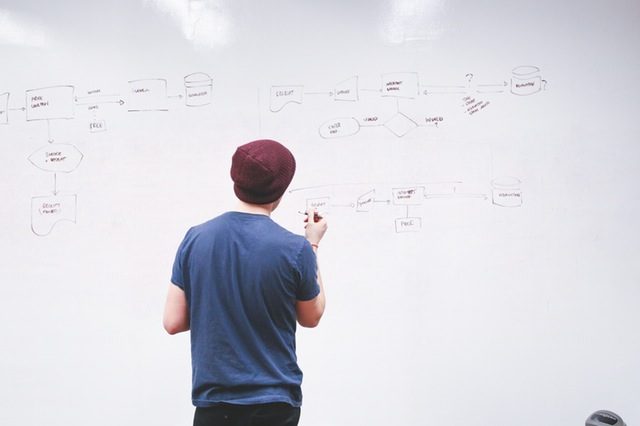 …or what type are you?

I have been in the business for some years and have worked with a couple of companies, small and large ones. I have met quite a large number of developers, have been in a couple of teams. Maybe it’s not a so big experience, yet it somehow gives me a chance to share with my retrospectives and analysis with you. Let me share with you some of my… characterological thoughts. We are gifted with various temperaments, interests, opinions and other things that come to our mind. We are different privately, yet we are different at work. I have noticed some groups, let’s call them types of people, that our development society can be divided into. This is my attempt of such classification based on my own experience. If you feel I have missed some species unknown to me, please leave it in in the comments!

Sucker of ideas – being realistic is his bread and butter. He pours cold water on every Reformer, by naming at least couple of reasons, why is it better to be on the safe side. Or rather decide to not to change anything at all. Unfortunately, she frequently might be right.

Positivist – an organic work is what she or he lives for. He spends half of the time at colleagues’ computers by carrying the torch of enlightenment. You can always ask him for help. Even if he doesn’t know – he will read more to answer you.

Code monkey – very positive character. He comes and departures always on time. He does his work, doesn’t ask any unnecessary questions, needs no comforts. Sometimes you can miss his presence, but you can find him by regular commits to the repository. She is the core of every team, a basic instance of a developer.

Reformer – a day without a new idea is a wasted day. Every new framework, program and programming language will be proposed by him sooner or later. A team build upon reformers would be paralyzed by choosing and testing technologies and tools, not doing any job at all.

Perpetual student – you never know when she comes or leaves. If it is possible, he willingly spends the night at the company, if there is a shower – it’s more than he wished for. Sooner or later a perpetual student remolds into some other form.

Genius – this mate knows everything about everything. He virtually does not make any errors. He remembers by heart things you haven’t even heard of. He doesn’t bear undermining his knowledge. Yet he is irreplaceable as far as hard problem is to tackle. Every team should have one genius.

Crazy scientist – he tries his experimental solutions everywhere and at any price. He writes his own framework for simple sorting, just because he can. He applies patterns and technologies in it which he had read a night before. There is no need for such code but… that’s perfectly fine. Nobody can keep pace with his code. Only him knows what is going on in the code. That’s even better- because the experiment is what really counts.

Mystic – he has reached a higher level of consciousness. He has been working with the company so long that one does not remember since when. He has a wide knowledge, yet you don’t know how to ask him a question. And probably you would not understand an answer at the first place. There is something mysterious about him. Everybody is afraid that life (or company at least) will end when the mystic is gone.

I would like to emphasize that I don’t undermine any of these types! Each of them is positive. Each of them has advantages and disadvantages. The power of a good team consists in a diversity. I try to be a little ironic so that the description is funnier. Secondly, I have noticed that one can be a mixture of two of these types, which makes it even more interesting. Thirdly, we are not in the pigeonhole for the rest of our lives. We keep changing, grow up, etc.

And You? What type are You the most?

PS. Opinions are my own and any resemblance to a person living or dead is purely coincidental!