Hi and welcome to the third episode of the .NET GC internals! Yesterday is was again 1.5h of talking about the Mark phase, this time in its Concurrent flavour. Most of the time I’ve described the solution and implementation of it to two problems: 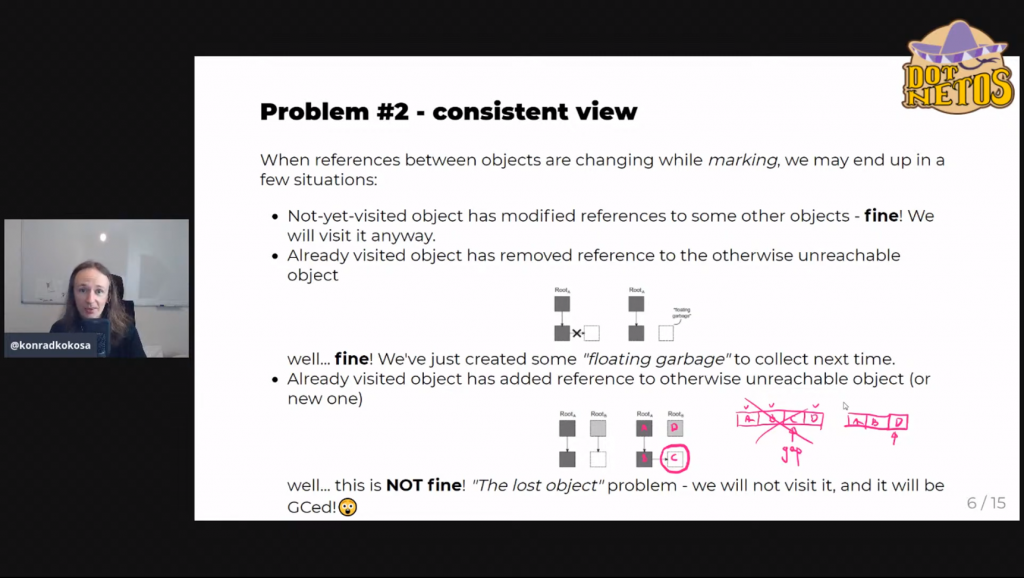 Enjoy watching the recording on YouTube and if you have any questions, do not hesitate to ask!

As usual, you can get the slides from our goodies page.

Hi and welcome to the second episode of the .NET GC internals! Yesterday is was 1.5h of talking about the (non-concurrent) Mark phase. The one responsible for discovering which object are “reachable” and which may be garbage collected. I’ve covered topics like object graph traversal algorithm, the pinning and marking flag, the mark stack and mark list data structures. And obviously, some deep dive into the gc.cpp at the end. 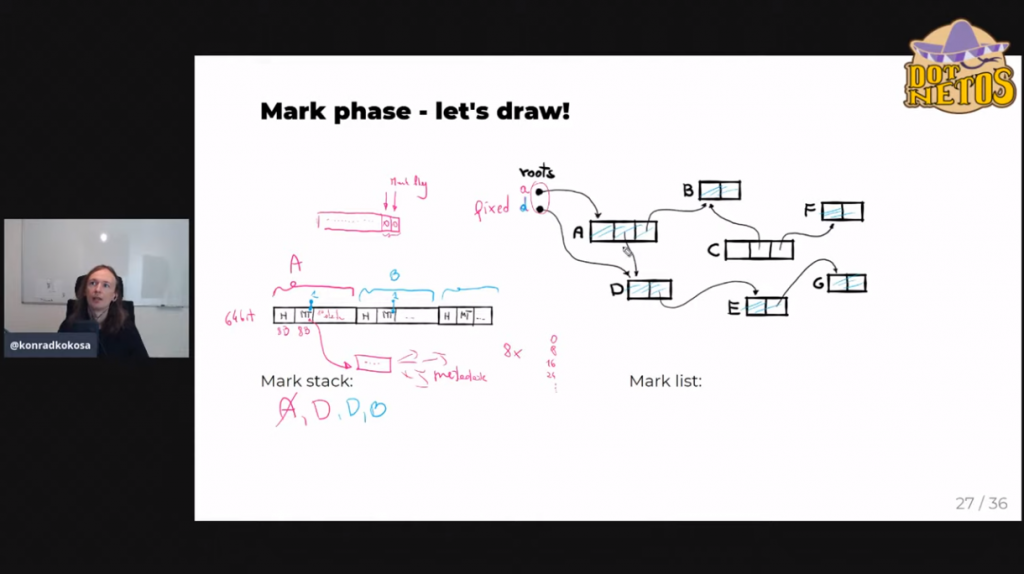 Enjoy watching the recording on YouTube and if you have any questions, do not hesitate to ask!Continue reading

I’ve decided to make a series of at least 8 free weekly-based webinars about in-depth implementation details of the .NET GC and… I’m super happy with it! Why the idea? Many my other activities are about more practical “.NET memory management”, like my book or workshops/trainings/consultancy I gave. But during all this practical-oriented events there is always not enough time to explain in details how .NET GC is implemented. Obviously, I always explain some concepts and algorithms, to the level that helps in understanding the whole concept. But not with the level of details that I am satisfied.

Hence the idea – make a separate content that will be just as deep as I like 🙂 So, I will cover details on the level of bits, bytes and source code, not only on the level of the overall algorithm description.

The first episode was yesterday, feel invited to watch: 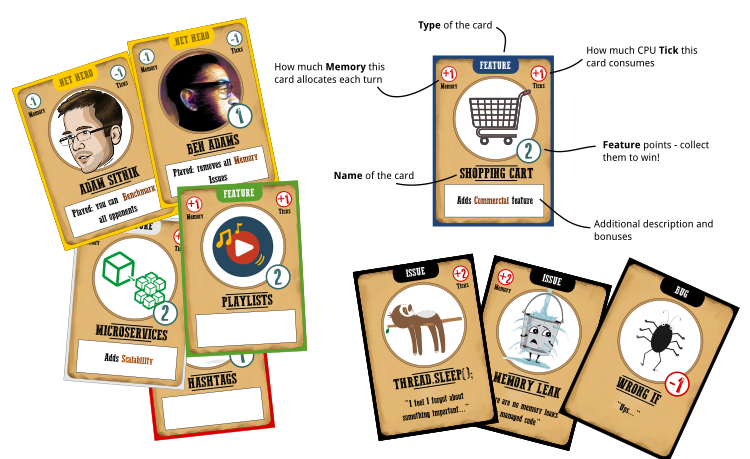 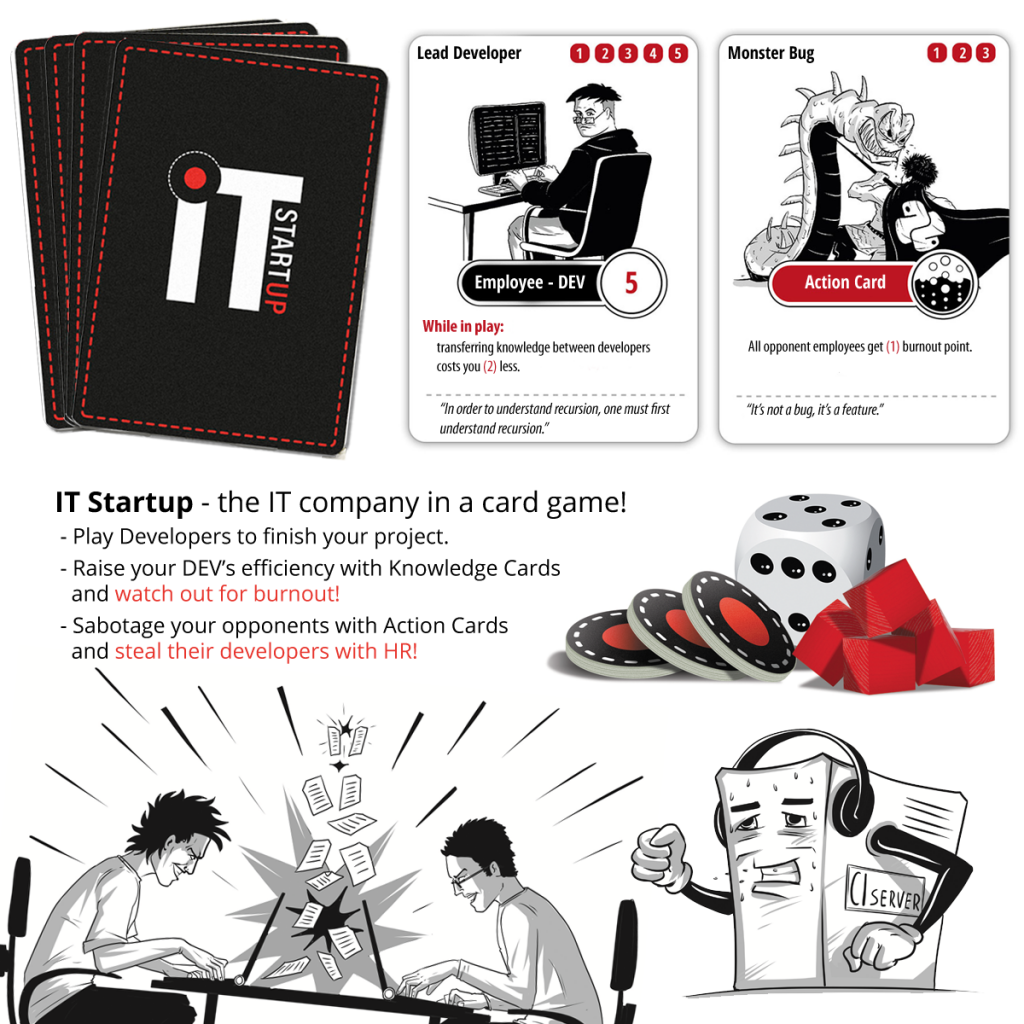 During our trip around managed pointers and structs, we get the last topic to discuss – readonly semantics. Thus, we touch today topics like readonly structs and readonly paremeters.

Ref types are quite powerful, because we may change its target. Thus, readonly refs were introduced in C# 7.2 that controls the ability to mutate the storage of a ref variable.
Please note a subtle difference in such context between a managed pointer to a value type versus a reference type:

Let’s use an example returning a readonly ref:

BookCollection may illustrate the difference between readonly ref in case of both value type and reference type.Continue reading

Among many things that are coming with the upcoming C# 8.0, one perfectly fits the topic of ref structs I’ve raised in my previous post – disposable ref structs.

As one of the blog posts announcing C# 8.0 changes (in Visual Studio 2019 Preview 2) mentions:

“Ref structs were introduced in C# 7.2, and this is not the place to reiterate their usefulness, but in return they come with some severe limitations, such as not being able to implement interfaces. Ref structs can now be disposable without implementing the IDisposable interface, simply by having a Dispose method in them.”

As already explained in the previous article, managed pointers have their well-justified limitations – especially in that they are not allowed to appear on the Managed Heap (as a field of reference type or just by boxing). However, for some scenarios, it would be really nice to have a type that contains a managed pointer. The main motivation behind such type is Span<T> – which should be able to represent references “inside” objects (interior pointers), stack address or even unmanaged memory.

Such type should have similar limitations as the managed pointer itself (to not break limitations of the contained managed pointer). Thus, those kinds of types are commonly called byref-like types (as the other name of the managed pointer is simply byref). The most important limitation of such type should be an impossibility to have heap-allocated instances. Thus the direction seems obvious – structs with some additional restrictions should be introduced. Regular structs by default are stack-allocated but may be heap-allocated in various scenarios, like boxing (for example because of casting to an interface).Continue reading

Most of the time a regular .NET developer uses object references and it is simple enough because this is how a managed world is constructed – objects are referencing each other via object references. An object reference is, in fact, a type-safe pointer (address) that always points to an object MethodTable reference field (it is often said it points at the beginning of an object). Thus, using them may be quite efficient. Having an object reference, we simply have the whole object address. For example, the GC can quickly access its header via constant offset. Addresses of fields are also easily computable due to information stored in MethodTable.

There is, however, another pointer type in CLR – a managed pointer. It could be defined as a more general type of reference, which may point to other locations than just the beginning of an object. ECMA-335 says that a managed pointer can point to:

Hi all! I am thrilled to announce that after more than two years of intensive book writing, it is finally available for preorder! Its about 800 pages are solely dedicated to the topic of .NET memory management and its Garbage Collector. With many, many internal workings of all this. I believe, personally, that there is currently no single book or even finite set of articles online that give so comprehensive insight into this topic.

As a person who sincerely loves .NET and related performance topics – and spent quite a lot of time diagnosing various .NET memory-related issues – I’ve just needed to write such book. And as it covers all recent changes in .NET Core 2.1 (including Span, Memory or pipelines), I believe there is no better time to publish such book!

Let me give you an excerpt from the introduction of the book, which should explain my intentions when writing it: