In short words, I’ve prepared two posters about .NET memory management. They provide a comprehensive summary of “what’s inside .NET GC”, based on .NET Core (although almost all information is relevant also for .NET Framework).

The first shows a static point of view – how memory is organized into segments, generations, what are the roots and etc.: 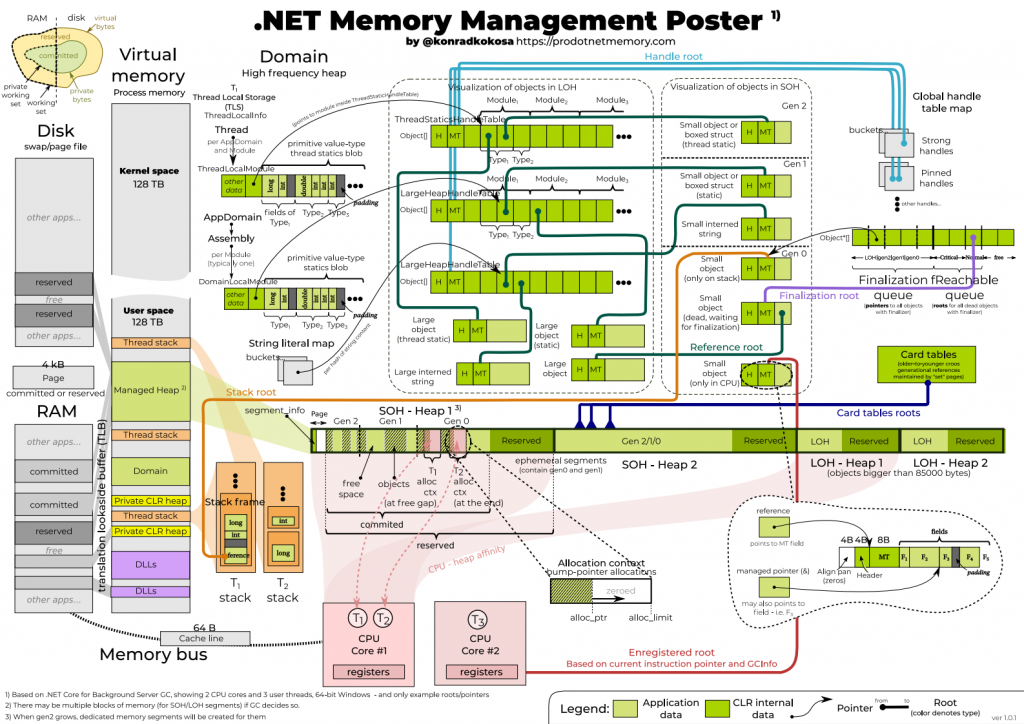 The second shows a dynamic point of view – how GC threads are working and what GC modes are available: 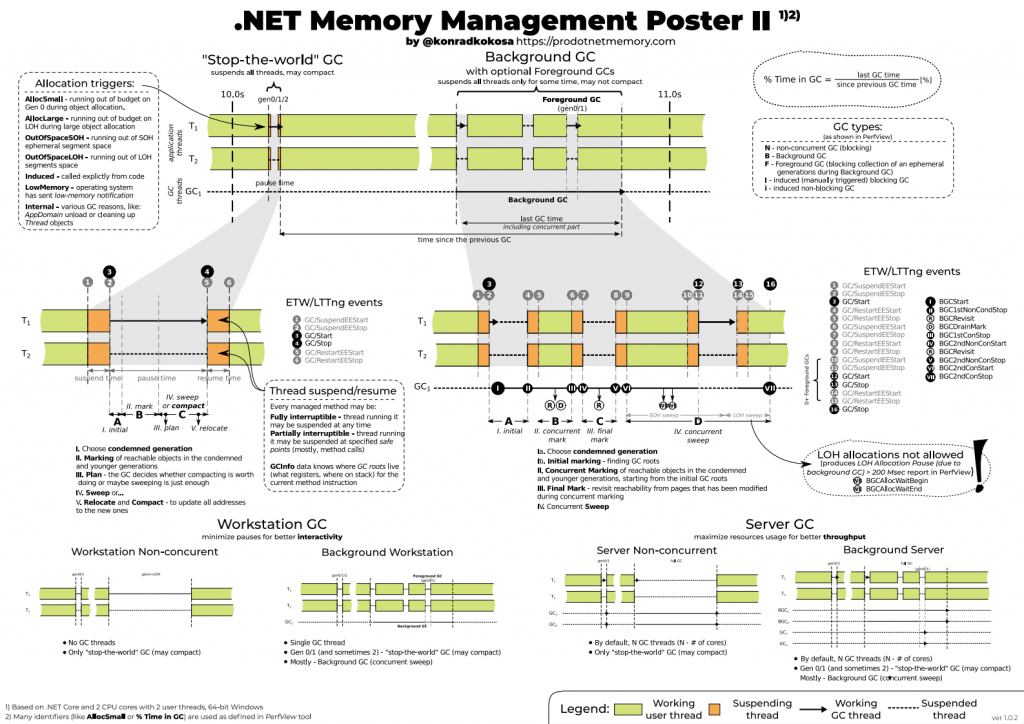 You can download them for FREE in vector PDF format from my https://prodotnetmemory.com site. Take it and print it!