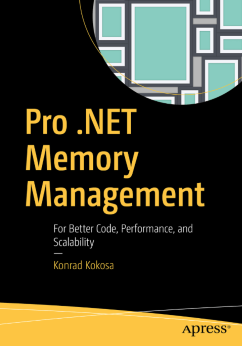 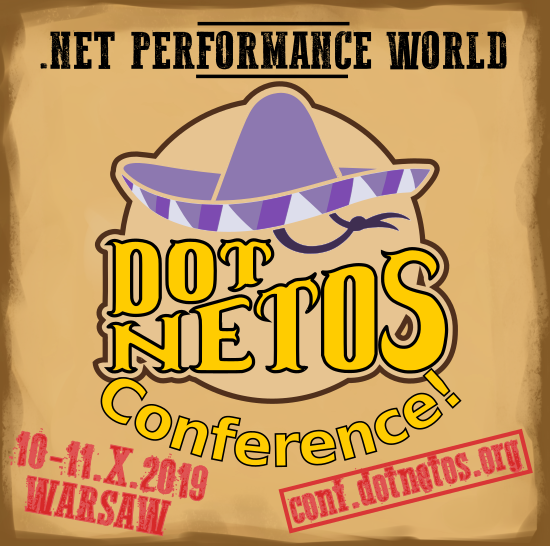 This blog post was written as part of the preparations while writing the book about .NET, which will be announced in a few weeks. If you want to be informed about its publication and receive auxiliary materials, feel free to subscribe to my newsletter. Many thanks to Stephen Toub that helped in reviewing this code.

Async programming becomes more and more popular. While being very convenient in use, from performance perspective there are scenarios where regular Task-returning async methods have one serious drawback: they need to allocate a new Task to represent the operation (and its result). Such heap-allocated Task is unavoidable in the truly asynchronous path of execution because async continuations are not guaranteed to be executed on the same thread – thus the operation must persist on the heap, not on the stack.

However, there are cases where async operations may complete synchronously (because of really fast meeting some conditions). It would be nice to avoid heap-allocating Task in such case, created just to pass the result of an operation. Exactly for such purpose ValueTask type was introduced in .NET Core 2.0 (and the corresponding AsyncValueTaskMethodBuilder handling the underlying state machine). Initially, it was a struct made as a discriminated union, which could take one of two possible values:

In other words, ValueTask helps in handling synchronous path of async method execution. Thanks to being a struct (which will be allocated on the stack or enregistered into CPU register) synchronous result of the operation can be returned without heap allocations. And only in case of an asynchronous path, a new Task will be heap-allocated eventually by underlying machinery:

But what if we were able to not heap-allocate Task even in case of an asynchronous path? This may be useful in very, very high-performance code, avoiding async-related allocations at all. As already said, something on the heap must represent our async operation because there is no thread affinity. But why not use heap-allocated, pooled objects for that, reused between successive async operations?

Thanks to pooling, even on the asynchronous path there will be no allocations (at least most often, if our pool is used efficiently). We can await such method in a regular way and underlying machinery will take care of it.

Note. If you would like to hear more about Task, ValueTask and IValueTaskSource again, in similar but other words, please look at great Task, Async Await, ValueTask, IValueTaskSource and how to keep your sanity in modern .NET world post by Szymon Kulec.

Seems easy, right? Read on to see if it really is! All source code described here is available in my PooledValueTaskSource repository on GitHub. There are quite many comments in the code but this post explains most relevant parts as well. Do not be also surprised with many diagnostic Console.Write in this code – it serves to illustrate the internal working of this class in prepared example program (also available in the repository).

In my custom implementation, I use object pooling based on ObjectPool class based on the internal class taken from Roslyn source code and a little refactored (with renaming mostly) – I’ve omitted it here for brevity as not so relevant. From our perspective here there are obvious Rent and Return methods, period.

In my implementation, I am also mostly based on code from AwaitableSocketAsyncEventArgs in System.Net.Sockets.Socket
and AsyncIOOperation in ASP.NET IIS Integration code. What I’ve tried to do is to provide Minimal Valuable Product that is correct and working (stripping as much as possible from the mentioned code).

My custom IValueTaskSource represents an operation that returns a string that is being read from the provided file. Obviously, one would probably like to introduce a more generic class with generic result type and action being provided as a lambda expression. However, to not clutter such example too much, I’ve decided to prepare it in such “hardcoded”, specific scenario. Feel free to contribute more generic versions!

The most important fields of FileReadingPooledValueTaskSource include:

Let’s now look at each of IValueTaskSource method implementation. GetResult is quite easy – it will be called only once by underlying state machine when we inform that our operation has completed (by GetStatus method explained soon). Thus, we need to reset the object state (to be reusable), return it to the pool and return the result (or throw an exception in case of failure):

GetStatus is called by the state machine to check the current status of our operation. In my case, I assume it is completed if result is no more null. Depends on the exception field, it is then succeeded or faulted:

The most complex is OnCompleted method implementation. It is being called by the underlying state machine if wrapped ValueTask is being awaited. Two scenarios may happen here that must be handled:

Please note how much code is dedicated to properly get the context of the continuation (with respect to provided ValueTaskSourceOnCompletedFlags):

This concludes implementing IValueTaskSource methods but we need to add two more crucial pieces into this puzzle: a method that starts our operation and method that is called when an operation completes asynchronously.

The first one, named by my as simple as RunAsync (called in our example at the beginning of the article) is responsible for executing the main work:

When asynchronous operation finishes, NotifyAsyncWorkCompletion method will be called (remember – in the real-world scenario this would be some callback registered in asynchronous IO or other low-level API). The responsibility of this method is simple:

Above-mentioned clearing and returning to the pool is implemented in ResetAndReleaseOperation (yes I know, SRP is dying here, refactor!). The only field we cannot clear is token, which is solely dedicated to detecting incorrect re-usage of those objects:

And… only such little code is necessary to avoid heap-allocating in case of async operations!